This web page documents my attempts to assemble Linux smartphones and tablets with as few non-mainstream components, binary blobs and potential backdoors as possible. Currently the best candidate is a Lenovo Yoga Tablet 2 851 running Fedora 22. 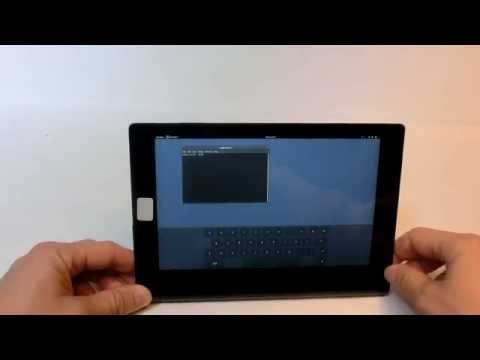 Our mobile devices are too vulnerable to be used safely as Internet-facing devices:

In this project I aim to assemble a mobile device that is amenable to security assurance analysis. In practice this means I favour:

This is what I have done so far:

This is what I have done so far:

At this point I am testing the mainline msm driver (drivers/gpu/drm/msm/). This involves writing a DTS file and enabling:

Smartphones and tablets used to be proprietary hardware platforms with walled-garden software ecosystems. I started this project under the assumption that Android had shattered that status quo seven years ago, and that it should now be easy to install mainstream Linux distribution at least on Google's developer-friendly devices. Sadly, it turned out that the easiest route to running mainline Linux on a mobile device is to choose a tablet that is actually an Intel x86 PC. Maybe all the competent arm-linux developers have landed dream jobs with phone manufacturers and there are few people left to do mainline work.

On x86, the plug-and-play mechanisms built into UEFI, ACPI and PCI help a lot. On ARM, plug-and-play was only introduced around 2009. Eventually the Open Firmware/device tree infrastructure will allow a universal kernel to boot on a multitude of ARM platforms. The Nexus 7 is one of many Android devices that still use compiled-in platform_data structures. Most recent Nexus devices now ship with a dtb blob appended to the kernel; see e.g. tegra124-flounder.dts and tegra124-flounder-generic.dtsi (Nexus 9). I do not mind writing DTS files myself; unfortunately the dominant vendor(s) of mobile ARM SoCs do(es) not publish technical documentation, so this requires a tedious process of scavenging I/O addresses, interrupt numbers and GPIO assignments from various places.

Another difficulty in this project, of course, is that there are not so many Android devices with unlockable bootloaders to choose from. It is surprising that manufacturers are still getting away with such practices, while it is now commonly agreed that PC hardware should not be artificially tied to a specific operating system.